National pavilions are the result of close cooperation between ITE Group, national trade bodies, governments from the participating countries, embassies and trade missions in Russia. 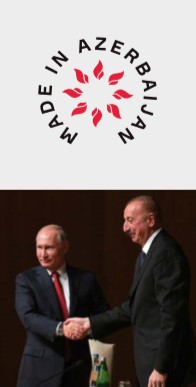 On a "Made in Azerbaijan" joint stand, 35 Azerbaijani companies showcased their wares, whose collective participation was organised by the Fund for the Promotion of Export and Investments in Azerbaijan (AZPROMO) with the support of the Azeri Ministry of Economy. Russian President Vladimir Putin noted a 12% increase in the supply of Azerbaijani agricultural products to Russia and their total volume of half a billion dollars in 2017 during the IX Russian-Azerbaijani interregional forum held at the end of September 02018: “Our partners are showing increased interest in this area. Evidence of this is the participation of more than 30 Azerbaijan companies in the international food exhibition in Moscow in September, just (kremlin.ru)

“Azerbaijan pursues a purposeful policy to promote our national brand. President Ilham Aliyev signed a decree outlining the mechanism for Azeri promotion. The measures taken in this direction are bearing fruit. More than 30 Azerbaijan exporters and manufacturers were represented at our stand. Visitors showed great interest in our stand. We will be happy to support this exhibition, because, from a practical point of view, it gives us very good results”.