As we head into autumn, what should we keep an eye on in the Russian food and drink market? Here, we’ve got the top stories covered.

This August, we take a look at Russia’s soybean supply to China, why Russian fast food chains aren’t looking to add vegetarian options to their menus, and the continued increase in butter prices.

Russia due to quadruple its soybean supply to China In a recent news report, trade representative of Russia in China, Sergei Inyushin, said that “in the next three to four years, we intend to increase their volume [of soybean supplies] to 3.7 million tons per year”. This increase, which would take the import of the current one million tons per year to nearly four times its amount, appears to be a result of continued US-China trade conflicts.

At the moment, as Inyushin explains, China provides up to 90% of soybeans through imports, and some of these supplies are from the US. With these supplies starting to lag, the PRC is on the lookout for new partners to take its place and has its eye on increasing the import volume from Russia.

This would reinforce Russia’s continued expansion of agricultural supplies to China. “At the beginning of the year, deliveries of frozen poultry meat from Russia to China began,” says Inyushin. Following on from this came the first deliveries of milk, and, in June, protocols were signed on “the admission of new types of products” to the Chinese market. 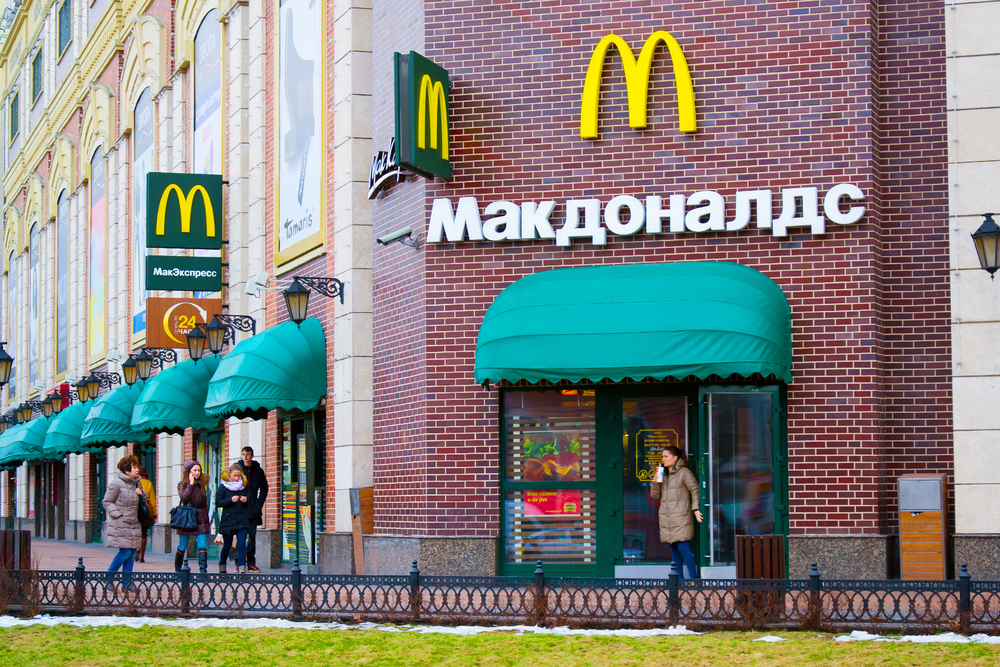 While the likes of KFC and Burger King in other parts of the world are launching meat-free and vegetarian-friendly options made from plant-based ingredients, fast food chains in Russia are in no hurry to follow suit. With stats from VTsIOM confirming that only 1% of Russians would consider themselves as vegetarian, and 39% being sure that vegetarianism is harmful to health, this trend is not likely to penetrate the Russian fast food market anytime soon.

“So far, people in Russia can only refuse red meat, replacing it with white, pork’s popularity is falling. But the mass appearance of vegetable meat in network fast food is still a distant future,” says Elena Tyurina, an expert on the agricultural market of the Russian Chamber of Commerce and Industry.

While analytical company Gfk reported a 4.3% decrease in the purchase of meat products between July 2018 and June 2019, restauranteurs don’t see this as enough reason to start adding vegetarian ‘non-meaty meat’ to menus.

Vice President of Federation of Restaurateurs and Hoteliers of Russia, Sergey Mironov says “this format is absolutely not in demand with us. There are only a few vegetarian restaurants, there are practically no fast foods either.” With expensive raw materials, low stock levels and a high demand for milk fat, it should come as no surprise that butter prices are continuing their rise since the beginning of the year. Experts say that, due to the fact demand has not declined, we may not have reached the price peak just yet.

The low stock levels were a result of a record low level of imports last years, says a spokesperson for the National Union of Milk Producers, Maria Zhebit. This, coupled with an increased demand for milk fat, meant butter prices started to inch upwards.

According to Rosstat, between January and July of 2019, the volume of industrial production of butter has decreased by 2.3% compared to the same period in 2018; the volume is now 150,600 tons.

Manufacturers including the Uglich cheese and dairy plant (part of the AgriVolga holding) said that, compared to last year, the company raised the price of oil by about 10%. The director general of Uglich, Sergey Klyuchnikov, says that making oil for resale in the current situation is unprofitable so they have instead produced an assortment product in a limited volume to the local market.
Back